The Member of Parliament for the Ablekuma West, Mrs Ursula Owusu-Ekuful on Friday, May 31, 2019, cut the sod for the construction, repair and rehabilitation of roads in the Constituency.

The project would see the construction of the 2.9km Western Link road, which on completion will become an alternative for the main Dansoman highway and it would be executed by Oswald Investment Limited.

The project would also include the repair and rehabilitation (asphalting) of inside roads in the Constituency.

Speaking to Journalists after cutting the sod for the commencement of work on the roads, which is expected to start on Monday, June 3, Mrs Owusu-Ekuful said the completion of the project would give the entire constituency a major facelift.

She said she has had countless sleepless night due to the poor state of the roads in the constituency. 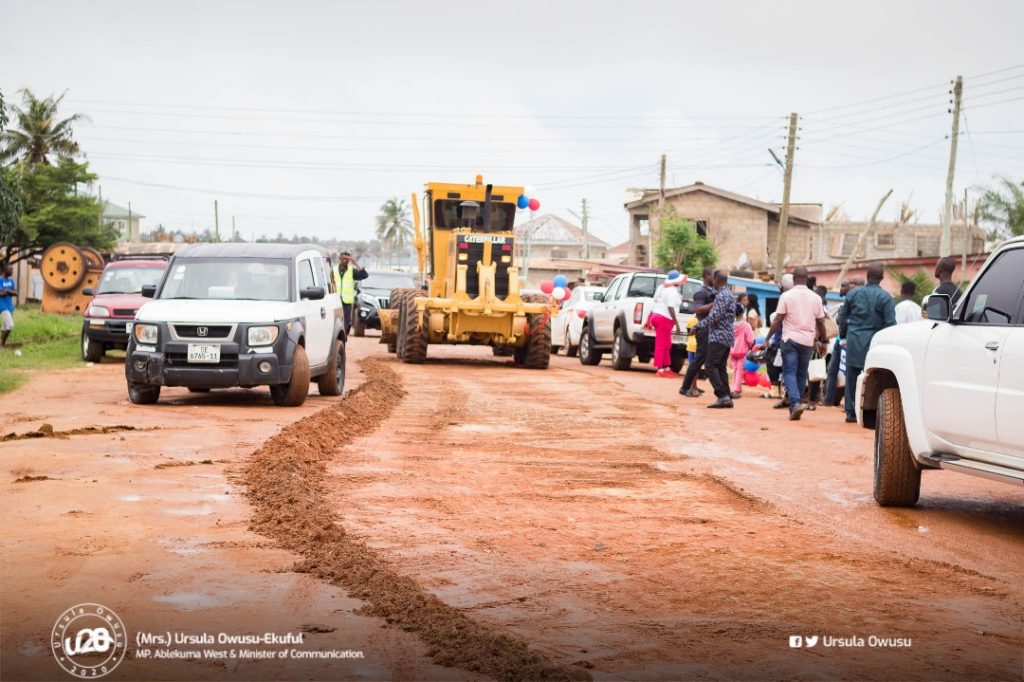 It would be recalled a pro-development group took to the street in March to protest the deplorable state of roads in the constituency, an incident Mrs Owusu-Ekuful acknowledged in her address during the cutting sod ceremony saying: “there’re constant complaints and a desire by the people resident in this constituency to see something done about it.”

She said after more than two years of “lobbying and harassing” the authorities “finally we have come to the end of the road and that’s what we are seeing today, all the plans have finally crystallised into action.”

Mrs Owusu-Ekuful also spoke of her confidence in the output of the contractor, Oswald Investment Limited, stating, “We know the quality of work of the contractor…because we have seen the kind of work that he has done in other parts of the country.”

She added: “We have worked long and hard to see today. It didn’t just happen overnight. It has taken about two years of serious lobbying and harassment of the authorities to get this far and we are confident that the work will be done quickly to a very high professional standard and it would alleviate the suffering of a large section of our people…and finally, I can sleep.”